Have you ever known that person that just seems to have a knack for making money?

It feels like you’re always struggling, and they’re always thriving.

Ever since I began working, I’ve noticed people like that. They stand out, there’s something different about them.

I wondered, “How are they doing that? What’s going on here?”

I now know the answer and I’m glad to share it with you:

They know something you don’t know.

They have laid hold of a new piece of information that has changed the way they think about money.

While most people literally beg for any job they can get, groveling at any employer’s feet imploring them for a paycheck, there is another group of people who take a different stance on acquiring wealth.

Most of us (including myself) have been taught our entire lives that becoming wealthy only happens for three types of people:

*I’d like to point that the people who taught me that were none of those three things.

For those of us not born into money, there’s this stigma that getting money is hard. But it’s really not and it’s available to anyone who knows what to look for.

Money is out there, money is everywhere.

But money wears a disguise.

Money hides itself behind the mask of opportunity.

I want to tell you when the mindset shift happened for me and I want you to extract the lessons from my story and apply them to your situation:

In 2005 I was 22 years old and I was majorly broke. I’m talking my bank account was negative, no money in savings, no money in the couch kind of broke…and of course, the rent was due.

As I stepped out my front door and walked down the steps, I was praying about my situation, knowing this couldn’t be God’s best for me, when all of a sudden something caught my eye to the right.

My neighbors were trying to sell their house and had moved to another state. The for sale sign was still in their yard but the grass had grown high all around it.

I casually thought to myself, “Man their yard looks rough. That’s going to be hard to sell with it looking so bad.”

Then it hit me…

I immediately called my neighbors, told them the situation and let them know I’d be happy to mow their yard and keep it looking great for $30.

They thought this was a great idea and were happy I suggested it!

I mowed it as soon as I got off the phone with them and when I was done, I looked over at the next neighbor’s yard, and low and behold there it was again!

I went straight over and knocked on their door. “Hi there, I’m mowing your neighbor’s yard and noticed yours was a little high. I only charge $30 and would be happy to knock that out for ya real quick.”

By the end of that day I had 7 houses just on my street wanting me to mow their lawns, and wanting to give me money for it.

I worked in a commercial business area at the time so I thought I’d ask our work neighbors if I could take care of their little grass patches out front.

They agreed and I quickly found out that commercial jobs pay a lot more than residential jobs. I’d get $20 for doing just two swipes down a little grass strip with my lawn mower. So I went and got more of those jobs!

I went to visit my parents and I noticed their neighbor’s house was for sale and the grass was grown up high too. So I called the realtor from the for sale sign and gave him my sales pitch. That job was bigger and paid me $100 each time I mowed it.

In a matter of a few days I now had a decent little lawn business bringing in about $700 a month. (Which was double my rent at the time)

The money I desired was out there just waiting for me the whole time. I just didn’t see it.

Here’s one of my favorite stories to tell:

I knew this was the ring I was supposed to get her so I put the $1,200 difference on a credit card. I didn’t like doing that but something told me not to worry about it.

For the proposal, I called in a favor from a friend at the TV station and I bought a 30 second commercial spot during prime-time on a Saturday night.

I had a videographer friend film me getting down on one knee, opening the ring box and proposing to her, making my own “commercial.” When I watched the replay before it went live, I noticed that when I opened the ring box you could see very clearly the name of the local store I bought it from. It actually looked like a real commercial for the jewelry store!

And like an old friend returning home from college, there he was…opportunity!

I called the jewelry store’s corporate office, asked for their head of marketing and told them I had an idea. I told him I already had a professionally produced commercial, I already locked in a spot during prime-time, and after I propose on air we will run a caption at the bottom of the screen that reads, “Find out what she says at…” and then put the jewelry store’s website.

He loved the idea.

And the amount I had them pay me for the commercial?

Let me give you one more example to get your brain thinking in the right direction:

I worked for an insurance company a few years ago and noticed that their website was subpar.

I called my friend who does build websites and asked him how much he’d charge to redo our website and get it looking and working great.

I then went to my boss and pitched him on getting the website redone and why it would be a good investment for his company.

I told him that I would oversee the website and in exchange I’d like $10 for every new insurance customer that came directly as a result from the website.

He agreed to the deal.

Once the website was done, I dove in and began to research how to get websites to rank higher in Google. I read articles, watched videos and put my all into it. I learned how Facebook Advertising works, I learned how to make my website convert more browsers into buyers.

I aquired the knowledge I needed to be successful and then took corresponding action.

Can you guess what happened?

The leads started coming in. And coming in, and coming in…Soon it was bringing me an extra $2,ooo a month on top of my salary. My boss was happy to pay me the extra cash because he was getting so much new business, and I’ll tell you I  was happy to receive that extra cash too!

I’ve since moved on to other ventures but I still continue to help oversee their websites. Here it is years later and I still receive a check each and every month from them for between $1,500 and $2,000.

Do you want more money?

Then look right behind it for the opportunity.

Money does grow on trees. It’s out there. It’s everywhere.

You just have to go get it.

If you’re looking for the opportunity to increase financially, then I want to help you start your business. Sign up below for my Free course below and learn how to create a simple online income in your spare time.

I Want to Help You Start Your Business:

Here is the fastest way to start making an extra $500 a month on the side: 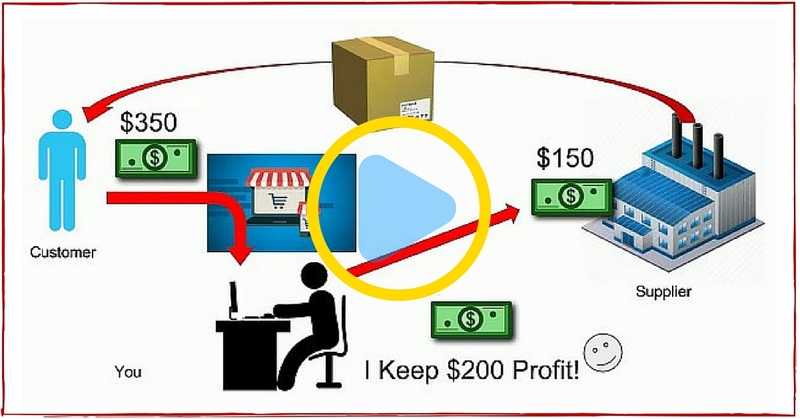 (Even if you don't have an idea yet)